Are There Better Alternatives to a 5-Star Rating System? 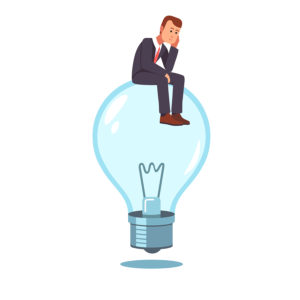 We’re all familiar with the 5 Star Rating system. We can see it at work on Yelp, Amazon and other major websites that offer consumer reviews and ratings. But what are the alternatives to this system and might one or more of these be better than the old star system approach?

Thumbs Up / Thumbs Down

YouTube has long used the Thumbs Up / Thumbs Down system for rating videos. If a viewer likes the video they give it a thumbs up, if not, it gets a thumbs down. Simple. Direct. Easy. Combining the ratio of up and down ratings with reading the comments will give a potential view a good idea of whether or not he or she wants to take the time to view the video.

Netflix has recently done away with the star rating system and have gone to this thumbs up / thumbs down rating system. According to Todd Yelling, vice president of product for Netflix, the five-star rating system had begun to feel antiquated and Netflix wanted to move forward.

The thumbs up or down system forces the user to make a simpler decision and analysts noticed during the trial run, that the use of this type of rating had increased responses by more than 200 percent.

Not just for dating any more, the “Match Score” reputation system uses specialized algorithms and electronic intelligence to calculate a personal response rather than a generic one.

Instead of rating on an absolute basis, the score is meant to be an estimate of how much a certain, specific person will like, get along with, respect, etc. someone else. A “match score” will be different based on the individuals involved. Someone else looking at the same person would get a different match score.

It’s more complex and far more personalized than a simple star rating system or the thumbs up / thumbs down approach.

The Net Promoter Score is an index that measures the willingness of customers to recommend a company’s products or services to others. By its use, a company can gauge customer overall satisfaction with its product or service as well as the customer’s loyalty.

The Net Promoter Score is determined by asking the consumer one question:

“On a scale of 0 to 10, how likely are you to recommend this company’s product or service to a friend or a colleague?”

Based on the rating response, customers are placed into one of three groupings: detractors, passives and promoters.

A score of 6 or less places the respondent in the detractor group. These people are unlikely to purchase the product or use the service again and could potentially damage the company’s reputation through bad word of mouth.

Those who gave a score of 7 or 8 are determined to be passives. These people are somewhat satisfied, but could easily be swayed into using another company.

Respondents who answered with a 9 or 10 are your promoters. They love the company’s product or services and will buy again and actively tell others about the company.

A Slider offers a graduated rating system. The consumer moves the slider point from left to right – sad face, through moderate faces, to a happy face, depending on their reaction to whatever product or service is being judged.

Sliders can also be created that use a numeric system without the faces.

The benefits of Slider Rating Scales are that they give researchers the opportunity to offer questions that incorporate a greater breadth or response as well as interactivity and animation.

Offering the consumer a simple selection of faces, from sad to quite happy offers a visual approach to rating. If you’ve been to a doctor or hospital lately, you may have seen a chart on the wall asking a patient to rate their pain. This chart includes both a 1 to 10 numbering system as well as a series of faces. The values of such a system include its being easily understood and the response clearly communicated.

A variation on the 5-star rating system, the 3-star approach offers a simpler experience for the consumer, with the basic negative, positive, and neutral choices. Argument can be made for this being a clearer representation of customer response than the choice of 1 to 5 stars.

Businesses and websites should not feel locked in to the 5-star rating system. In fact, given advances in Natural Language Processing and Machine Learning there may be better ways to rate a service or product.